Sign up and get 100 free credits to play and try our casino. Bonuses. 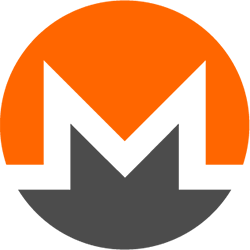 Monero (XMR) is the top privacy-centric cryptocurrency based on the CryptoNote protocol, a secure, private and untraceable currency system. Monero uses a special kind of cryptography to ensure that all of its transactions are remain 100% unlinkable and untraceable. In an increasingly transparent world, you can see why something like Monero can become so desirable. Origins of Monero In July of 2012, Bytecoin, the first real life implementation of CryptoNote, was launched. While Bytecoin had promise, people noticed that 80% of the coins were already published. So, it was decided that the bytecoin blockchain will be forked and the new coins in the new chain will be called Bitmonero, which is was then renamed Monero, meaning “coin” in Esperanto language. In this new blockchain, a block will be mined and added every two minutes.